Immunizations To Get Before Traveling To India

Different countries and regions have different rates of various diseases. So, before you travel, there may be some additional diseases your doctor recommends being immunized against. The following are some key immunizations to discuss with your doctor before you travel to India.

Cholera is a bacterial infection that can cause severe diarrhea and dehydration. It is most common in areas that don't have great water cleaning systems, including some parts of India. Although cholera is not exactly commonplace in India, it is more of a threat than in the United States, and being immunized is worthwhile. The vaccine is a single dose and is very effective.

Hepatitis A is a viral infection that primarily affects the liver. It is spread through contact with contaminated food and water. Like cholera, it is primarily found in areas with less-than-adequate water treatment programs. Many adults who grew up around hepatitis A were exposed to it in childhood and are immune, but travelers should be vaccinated prior to visiting these countries. The vaccine is a 2-dose series, spaced several weeks apart, so make sure you schedule yours well in advance of your trip.

Malaria is spread by the anopheles mosquito, which is far more prevalent in India than in the U.S. While there is not technically a vaccine for malaria, there is a preventative medication you can take prior to your trip in order to boost your immunity and avoid getting malaria. Since malaria is often deadly, it's well worth asking for this medication while you're in the doctor's office for your shots.

In the U.S., only pets are typically vaccinated for rabies. But there is a rabies vaccine for humans, and it's a good idea to get it before going to India. Rabid dogs and other mammals are far more common in India as pet vaccination is not nearly as common. Since rabies is 100% deadly once the patient starts showing symptoms, vaccination is the way to go.

Typhoid is a bacterial disease that causes fever and severe digestive upset. It is common in some rural areas of India. If you tell your doctor specifically where in India you are traveling, they'll let you know whether you should be immunized for typhoid.

It's a good idea to check in with your doctor about immunizations prior to traveling to any foreign country. The right shots can make your trip much safer! 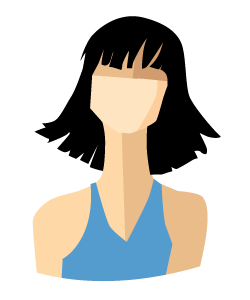 I have always been committed to living a healthy lifestyle, so when my doctor told me that my blood pressure was getting high, I was very alarmed. She suggested that I stop eating salt to bring it down, but I already monitored my salt intake and never touched the salt shaker. She then determined that the cause must have been stress, but as a working mother of three children, I wasn't sure how to reduce my stress levels. She suggested a few lifestyle changes that would help lower it before it go so high that I needed medication, including massages. I had two massages during the month I had before my next blood pressure check-up, and they really helped bring my BP down! I love teaching others how to be healthier, so I decided to start a blog to share my health tips on! Come back soon!

The Many Benefits Of Portion Control Training - 12 January 2022

Immunizations To Get Before Traveling To India - 5 November 2021

It's Not "Just" Alcohol: Why Professional Treatment Is Essential - 7 October 2021

Signs You Have Urinary Incontinence - 8 September 2021